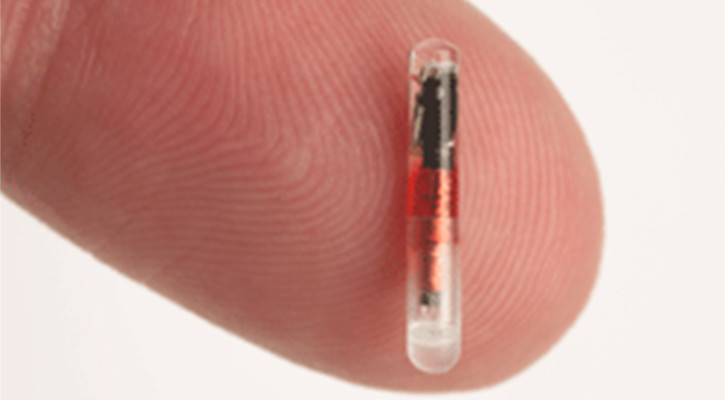 March 2016 in Ireland was known as National Chipping Month. On the 31st of that month, it became law for dog owners to have their dog microchipped and registered on a government-approved database. Over the past few months of 2017, you may have heard of implantable microchips used by humans for everyday work and daily activities. For almost a decade now an easy to swallow pill-sized camera has been providing a non-invasive alternative to colonoscopies. Wearables will have their moment in the sun, but they’re simply a transition technology. Technology has moved from existing outside our bodies and passing through them to now residing in them perhaps permanently. This is the next big frontier!

In early 2017 Stockholm based company, Epicenter digital innovation business centre offered it employees and start-up members implantable microchips the size of grains of rice that function as swipe cards: to open doors, operate printers, or buys cafeteria food with a wave of the hand.

The ethical dilemmas will become bigger the more sophisticated the microchips become. Epicenter and a handful of other companies are the first to make chip implants broadly available.

And as with most new technologies, it raises security and privacy issues. While biologically safe, the data generated by the chips can show how often an employee comes to work or what they buy. Unlike company swipe cards or smartphones, which can generate the same data, a person cannot easily separate themselves from the chip.

The ethical dilemmas will become bigger the more sophisticated the microchips become. Implantable technologies hammer against social norms. They raise privacy issues and even point to a larger potential dystopia. This technology could be used to ID every single human being, for example. Already, the US military has serious programs afoot to equip soldiers with implanted RFID chips, so keeping track of troops becomes automatic and worldwide. Many social critics believe the expansion of this kind of ID is inevitable. Some see it as a positive: improved crime fighting, secure universal elections, a positive revolution in medical information and response, and never a lost child again.

Montana Marketing is continually assessing the impact of new technologies on society and determining whether or not if such technologies can become blog buster successes.

This new implantable is being viewed by some as the perfect Orwellian society: a Big Brother who, knowing all and seeing all, can control all – where we are being tagged just like our dogs. And others see the first big, fatal step toward the Singularity, that moment when humanity turns its future over to software.

Email us today to find out how we can help you:

The latest from our blog